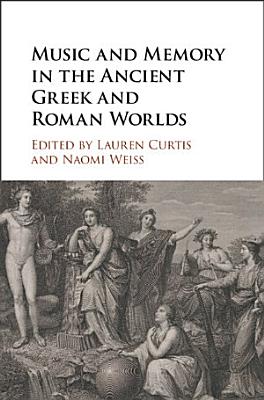 In Greek mythology, the Muses are Memory's daughters. Their genealogy suggests a deep connection between music and memory in Graeco-Roman culture, but how was this connection understood and experienced by ancient authors, artists, performers, and audiences? How is music remembered and how does it memorialize in a world before recording technology, where sound accumulated differently than it does today? This volume explores music's role in the discourses of cultural memory, communication, and commemoration in ancient Greek and Roman societies. It reveals the many and varied ways in which musical memory formed a fundamental part of social, cultural, ritual, and political life in ancient Greek- and Latin-speaking communities, from classical Athens to Ptolemaic Alexandria and ancient Rome. Drawing on the contributors' interdisciplinary expertise in art history, philology, performance studies, history, and ethnomusicology, eleven original chapters and the editors' Introduction offer new approaches for the study of Graeco-Roman music and musical culture.

Music and Memory in the Ancient Greek and Roman Worlds

In Greek mythology, the Muses are Memory's daughters. Their genealogy suggests a deep connection between music and memory in Graeco-Roman culture, but how was t

The Milan Papyrus ( P. Mil. Volg. VIII. 309), containing a collection of epigrams apparently all by Posidippus of Pella, provides one of the most exciting new a

The Scroll and the Marble

Jason and the Argonauts through the Ages

The story of Jason and the Argonauts is one of the most famous in Greek myth, and its development from the oldest layers of Greek mythology down to the modern a

Pictures of the Heavens. By the author of “Sunshine in Sickness”; ... Second edition