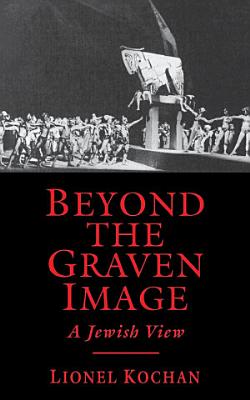 From the archetypical story of Abraham smashing his father's household idols to God's commandment at Mount Sinai that "You shall have no other gods before Me," the prohibition in Judaism against the worship of idols has been unyielding. Idolatry is conceived as the antithesis to the worship of the invisible, unnamed, and articulate God. The proscription against using images in worship sets Judaism, together with Islam, apart from all other religious systems. In Beyond the Graven Image, Lionel Kochan sets out to explain the reasons for this prohibition and to demonstrate how influential this image-ban has been in determining key aspects of Jewish thinking. The Jewish conceptions of holiness and symbolism, our relationship with God, and the role of memory in religion, he argues, as well as the preference for non- material arts such as music over visual modes of artistic expression within Judaism, have all been profoundly shaped by the prohibition against physical representations of God.

Beyond The Graven Image

From the archetypical story of Abraham smashing his father's household idols to God's commandment at Mount Sinai that "You shall have no other gods before Me,"

Judaism and the Visual Image

The widespread assumption that Jewish religious tradition is mediated through words, not pictures, has left Jewish art with no significant role to play in Jewis

Beyond the Pledge of Allegiance

The Place Beyond the Winds

With top billing at many film forums around the world, as well as a string of prestigious prizes, including consecutive nominations for the Best Foreign Film Os

The Reader's Guide to Judaism is a survey of English-language translations of the most important primary texts in the Jewish tradition. The field is assessed in

Are there more than four dimensions to physical reality?Is it possible to traverse time as well as space?Is there a reality beyond our traditional concepts of t

The World Beyond the Pale

Esther Rabachs story begins in a Jewish shtetl (a small village) within the Pale of Settlement, an isolated area designated by Catherine the Great during her an

Part autobiography and part inspirational journey, this work describes how to be delivered from oppression, depression, and bondage and addiction of any kind th

"Striking Images, Iconoclasms Past and Present "

All cultures make, and break, images. Striking Images, Iconoclasms Past and Present explores how and why people have made and modified images and other cultural