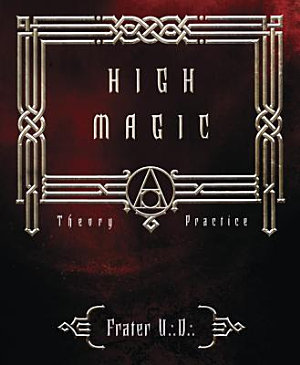 Of course, Magic is Magic wherever. But Ceremonial Magic - with or without a k ending - is perceived as largely European in origin and practice. The Golden Dawn, Aurum Solis, O.T.O were European and even AMORC, B.O.T.A., G.B.G. were mostly European inspired. As valid as these esoteric orders were and are, they are at best schools and the knowledge taught is now widely available. What is key is not the knowledge but the self-accomplishment that comes only through personal experience (otherwise known as ''self-initiation''). The essence of Magic is a simple formula based on the exercise of Will, Imagination, and Gnosis or Magical Trance. It is a ''technology'' and must be mastered like any technology through understanding and practice. Like playing the piano, it takes discipline to continue practicing basic exercises until it all becomes second nature and can function as an art as well. "And, what for? " Not to perform tricks or miracles. Not to wear fancy robes and chant barbarous words. Not to reach high degrees with grand titles in a secret order. No, it is to transform and transmute your own self and thus to become more than you were, not merely to accelerate normal human evolution but to actually move beyond and be a co-creator. And to finally answer those questions: "Who am I? Where did I come from? Where am I going?" High Magic is an active program for self-discovery and Self-Realization. This book by a famed contemporary German magician self-instructs the student through a series of basic exercises and real magical practices that train the magician through a consistent program combined with examples and explanations. Each step isthorough without extravagance; the program is effective and entirely self-directed (as must be all real learning); the book is encyclopedic in depth and inclusive even of chaos and cyber magic. Tables and Charts simplify the learning process. The system starts with immediate immersion in ritual practice starting with the Kabbalistic Cross and Lesser Banishing Ritual of the Pentagram and moves through beginning to advanced levels of Practical Sigil Magic, Ritual Magic, Elemental Magic, the Greater Ritual of the Pentagram, Planetary Magic, the Hexagram Ritual, Mantra Meditation, the Magical Gaze, Magical Trance, the Pan Ritual, Money Magic, Talisman Magic, Moon Magic, Chaos Magic and Cyber Magic. In each case, practice is used to instruct - nothing is presented as ''theory only.'' You will find everything analyzed, explained and justified with refreshing and truly uncommon common sense! The author fully dispels the myths and subterfuges of archaic magical orders and explores the role of the Unconscious Mind, the issues of Religion and Mysticism, the nature of High and Low Magic, the function of Myth and the role of Drama in Ritual, the Magical Nature of Reality and Magical Perception, Dream Work in relation to Magical Training, the Magical Imagination and training for Visualization, Psychic Protection, Invocation and Evocation, the Calling and Movement of Energies, Charging, Paradigm Shifting, what is really means ''to Keep Silent, '' the power of Intention & definition of Magical Goals, the ritual use of Symbols and Gestures, the power of Words, the Magician''s Universe, the magical pronunciation of Hebrew Letters, the Magician''s Tools, Mantric Sigils, the IAO formula, andmuch more. High Magic is as central to Western culture as are science, technology, the rule of law, democracy and the entrepreneurial economy. Its practice and application should be part of your daily life starting now.

Of course, Magic is Magic wherever. But Ceremonial Magic - with or without a k ending - is perceived as largely European in origin and practice. The Golden Dawn

Dogma and Ritual of High Magic. Book I

Behind the veil of all the hieratic and mystical allegories of ancient doctrines, behind the darkness and strange ordeals of all initiations, under the seal of

KNOWEST thou that old queen of the world who is on the march always and wearies never? Every uncurbed passion, every selfish pleasure, every licentious energy o

The Temple of High Magic

The High Magic of Talismans and Amulets

The Book of Primal Signs

The Doctrine and Ritual of High Magic

Filling a huge gap in our spiritual culture, here--at last--is a comprehensive and elegant translation of the 1854 French masterwork of occult philosophy. The D

The Secrets of High Magic

"High magic encompasses a wide array of doctrines and techniques, including the conjuring of spirits and nonhuman entities, ritual divination, the making and co

“Magick is not a path for followers; it is a path for questioners, seekers, and anyone who has trouble settling for dogma and pre-formulated answers. Magick i