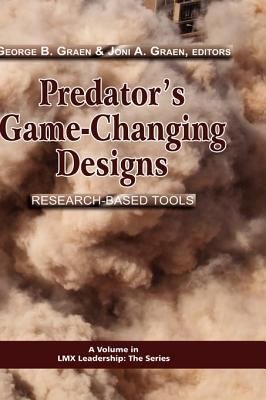 When the tried and true formula for an organization’s performance (its game plan) begins to fail, it must change its game or become obsolete. Publicly recognizing that the old formula is becoming less useful and a new formula must be developed and implemented is difficult for most stakeholders, but for survival the stages of grief must be endured and the conclusion accepted. Moreover, the romance of the “grand old formula” must be overcome by the realization that a new and more attractive formula must be invented or found to replace it. The fate of thousands of organizations that did not change their games when WalMart came to town bears witness to the Iron Law of Capitalistic Markets: “Change your game when necessary to remain competitive”. As Mr. Sam Walton told my son, Mike, stay the course as long as you can, but be willing to change it when it’s not working. Clearly, Mr. Sam’s protégés got the message. This book describes game-changing designs using the latest research-based strategies for inside organizational participants from CEOs, Boards of Directors, top, middle and lower managers and participants, and those people outside with a stake in its continued performance. We have had the unique opportunity to understand from the “inside-out” both Mr. Sam Walton’s miracle at WalMart and the great turnaround at Cincinnati’s Procter and Gamble over the last 15 plus years. We conclude from these studies that Mr. Sam has become a modern patron saint of American game-changers. WalMart has been seen by most business reviewers as a clear business case study of a “stay the course” formula of “lowest price” for the customer, but our research shows that Mr. Sam created a “game-changing design culture”. Yes, Mr. Sam began to build his juggernaut using a “lowest price” strategy that changed the game by “shock and awe” strategies in small markets. Moreover, Mr. Sam next changed the game by employing advanced information technology to reduce supply chain costs and go international. Later, Mr. Sam changed the game again by partnering with his reluctant vendors and requiring that most large suppliers maintain a permanent WalMart team near WalMart headquarters in Bentonville, Arkansas. Later, Mr. Scott, the CEO successor to Mr. Sam, changed the game again by “going green”. In addition, the effective integrative partnering with originally adversarial supplier teams by Mike Graen’s coaches set of new standard for inter-organizational cooperation. Mr. Sam’s legacy continues to inspire new game-changing designs across many different kinds of organizations in America and beyond. Once CEOs understand that their competition is as bright and hard working as they and they need to leap-frog to new games, Mr. Sam’s examples of carefully designed and implemented game-changing research-based innovations become their bible. As our domestic and international markets have become increasingly discontinuous and what worked yesterday doesn’t work today, our CEOs should look to Mr. Sam’s approach that changed the game before his competitors many times.

When the tried and true formula for an organization’s performance (its game plan) begins to fail, it must change its game or become obsolete. Publicly recogni

Legislation to Change the Designs of United States Coinage

Design for the Changing Educational Landscape

The whole landscape of space use is undergoing a radical transformation. In the workplace a period of unprecedented change has created a mix of responses with o

In this original text/reference, Bela H. Banathy discusses a broad range of design approaches, models, methods, and tools, together with the theoretical and phi

Design for Sustainable Change explores how design thinking and design-led entrepreneurship can address the issue of sustainability. It discusses the ways in whi

During the last three decades or so there has been a substantial shift in architectural design education. These changes have manifested in an increased criticis

Designing for Change: Minimizing the Impact of Changing Requirements in the Later Stages of a Spaceflight Software Project

In September 2015, the National Academies of Sciences, Engineering, and Medicine convened a two-day workshop on evolving paradigms for design and manufacturing.