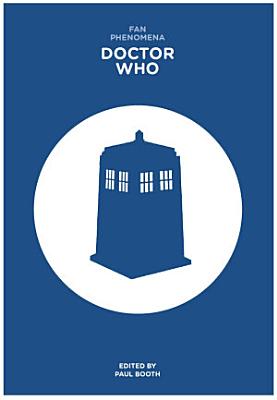 Since its premiere in November 1963, the classic British television programme Doctor Who has been a cornerstone of popular culture for half a century. From the earliest 'Exterminate!' to the recent 'Allons-y!', from the white-haired grandfather to the wide-grinned youth, the show has depicted the adventures of a time-travelling, dual-hearted, quick-witted and multi-faced hero as he battles Daleks, Cybermen, Sontarans and all manner of nasties. And, like its main character, who can regenerate his body and change his appearance, Doctor Who fandom has developed and changed significantly in the 50 years since its inception. In this engaging and insightful collection, fans and scholars from around the globe explore fan fiction, fan videos and fan knitting, as well as the creation of new languages. As multifaceted as the character himself, Doctor Who fans come in many forms, and this book investigates thoroughly the multitude of fandoms, fan works and fan discussions about this always-surprising and energetic programme. Featuring full-colour images of fan work and discussions of both classic and New Who fandom, this book takes the reader on a journey of discovery into one of the largest worldwide fan audiences that has ever existed. Thoughtful, insightful and readable, this is one of only a few – and certainly one of the best – guides to Doctor Who fan culture. It is certain to appeal to the show’s many ardent fans across the globe.

Since its premiere in November 1963, the classic British television programme Doctor Who has been a cornerstone of popular culture for half a century. From the

Since its premiere in November 1963, the classic British television program Doctor Who has been a cornerstone of popular culture for half a century. From the ea

Watching Doctor Who explores fandom's changing attitudes towards Doctor Who. Why do fans love an episode one year but deride it a decade later? How do fans' val

"From Gifs to vids, from tourist attractions to digital costuming, from Trekkers to Inspector Spacetime, Media Play illuminates the multiple economic, cultural,

This book examines the fan-created combination of Doctor Who, Sherlock, and Supernatural as a uniquely digital fan experience, and as a metaphor for ongoing sch

Few could have predicted the enduring fascination with the legendary detective Sherlock Holmes. From the stories of Sir Arthur Conan Doyle to the recent BBC ser

A Companion to Media Fandom and Fan Studies

A revealing look at the pleasure we get from hating figures like politicians, celebrities, and TV characters, showcased in approaches that explore snark, hate-w

The concept of world and the practice of world creation have been with us since antiquity, but they are now achieving unequalled prominence. In this timely anth

What is behind Outlander fever—the hit television drama’s popularity? Is it author Diana Gabaldon’s teasing posts on social media? Is it the real history