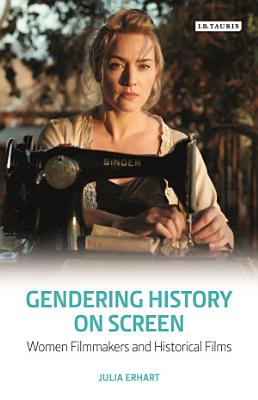 In movies about landmark historical events such as wars, occupations, or migrations or historically important personalities, there is an unspoken set of rules for how gender ought to be expressed. Often condemned by critics for being excessively emotional or pathetic, films by female directors featuring female protagonists may be popular with audiences but judged incapable of expressing 'real' history. Audiences learn more about the past from movies than from any other form of entertainment, and historical and heritage cinemas now comprise a burgeoning scholarly field. Yet to date there has not been a book-length analysis of female film directors' innovations in films about the historical past. With and without critical recognition, women are making important stories about the past and bringing new representations of agency and activism to the screen, often construed in ways that mobilise the past for the present, and always filtered through the lens of contemporary feminisms. Julia Erhart's new book situates women filmmakers' work within a context of other women directors from France, Denmark, Iran, Australia, the UK, the United States, and Spain and draws connections between their representational strategies and their concerns with visioning the past within the prism of the present. Written in an approachable yet theoretically informed prose, Erhart compellingly explores how foundational historiographic concepts like valour, memory, and resistance are re-envisioned within uniquely revised sub-genres that include biopics, historical documentaries, Holocaust movies, and films about the 'War on Terror'. Gendering History on Screen demonstrates how directors shape audiences' sense of the past, contour globally-relevant themes and narratives to suit female characters, and map a critique of national policies and institutions on to contemporary feminisms. Gendering History will be invaluable to students and scholars of historical film and women's cinema.

In movies about landmark historical events such as wars, occupations, or migrations or historically important personalities, there is an unspoken set of rules f

"Movies about significant historical personalities or landmark events like war seem to be governed by a set of unspoken rules for the expression of gender. Film

In Screening Queer Memory, Anamarija Horvat examines how LGBTQ history has been represented on-screen, and interrogates the specificity of queer memory. She pos

Between the nineteenth century and the mid-twentieth century television transformed from an idea to an institution. In Gender and Early Television, Sarah Arnold

The television industry is changing, and with it, the small screen's potential to engage in debate and present valuable representations of American history. Fou

Gender and Austerity in Popular Culture

From the gritty landscapes of The Hunger Games and The Walking Dead, to the portrayal of the twenty-first-century precariat in Girls, this book explores how tra

To provide a critical overview in a comparative German-American perspective is the main aim of this volume, which brings together experts from both sides of the

In Feel-Bad Postfeminism, Catherine McDermott provides crucial insight into what growing up during empowerment postfeminism feels like, and outlines the continu

Are You Not Entertained?

Anglo-American culture is marked by a gladiatorial impulse: a deep cultural fascination in watching men fight each other. The gladiator is an archetypal charact

From the Margins to the Mainstream

This book explores the various issues raised by women's fraught integration into the mainstream in film and television, whether it be off screen as filmmakers a