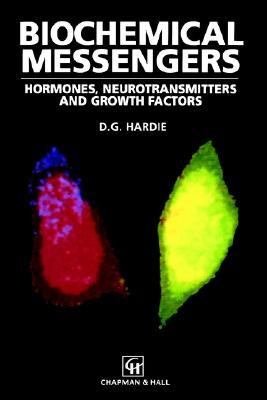 The main argument of this book is that cell signalling via nerves, hormones, local mediators and growth factors are not distinct phenomena, but branches of one general mechanism and should therefore be studied in an integrated manner. This volume is designed to act as a bridge between general texts and is aimed at biologists coming to the topic from a variety of backgrounds. The first two chapters introduce the general concepts of intracellular signalling and also cover the topic of direct cell-to-cell communication by cytoplasmic bridges (gap junctions). The remaining chapters cover the first and second messengers, starting with their structure, synthesis and release, progressing to the target cell and then working from the membrane inwards towards the nucleus. There is also a section on the mechanism of nervous conduction and the regulation of the ionic balace of cells. The final chapters discuss the regulation of cell growth and division and the special case of messengers acting via nuclear receptors.

The main argument of this book is that cell signalling via nerves, hormones, local mediators and growth factors are not distinct phenomena, but branches of one

In contrast to books on specific bioactive compounds, this book deals with the role of mevalonic acid metabolites (isoprenoids and their derived structures) in

"In the age of fake news, understanding who we trust and why is essential in explaining everything from leadership to power to our daily relationships." -Sinan

From Messengers to Molecules

The decade of the brain has brought us a few steps closer to some of the key questions in neuroscience. The complexity of memory is seen on the systems and cell

Lipids traditionally have been viewed as serving two functions: to form cellular membranes and to serve as energy stores. During the last two decades, a new rol

Belief in the Messengers

This important new reference work offers an outstanding collection of articles devoted to the discussion of "intracellular messengers". Extracellular stimuli ("