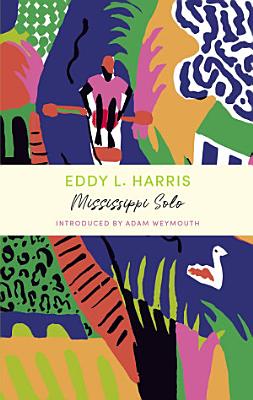 INTRODUCED BY ADAM WEYMOUTH, award-winning author of The Kings of Yukon 'A wonderful book -- and a highly original contribution to the literature of travel' PAUL THEROUX 'The Mississippi. Mighty, muddy, dangerous, rebellious and yet a strong, fathering kind of river. The river captured my imagination when I was young and has never let go.' Mississippi Solo tells the story of one man's voyage by canoe down the Mississippi River from its source in Minnesota to the Gulf of Mexico - a longtime dream, and a journey of over 2,000 miles through the heart of America. Paddling into the Southern states - going from 'where there ain't no black folks to where they still don't like us much' - Eddy is confronted by the legacy of slavery and modern racism, including an incident with a pair of shotgun-toting bigots. There are also the dangers of passing barges, wild dogs roaming the wooded shore, and navigating a waterway that grows vaster, and more hazardous, every day. But Eddy also encounters immense human kindness, friendship and hospitality, as well as coming to know the majestic power - and the awesome dangers - of the river itself. Mississippi Solo is an unforgettable American adventure.

INTRODUCED BY ADAM WEYMOUTH, award-winning author of The Kings of Yukon 'A wonderful book -- and a highly original contribution to the literature of travel' PAU

The Crisis, founded by W.E.B. Du Bois as the official publication of the NAACP, is a journal of civil rights, history, politics, and culture and seeks to educat

This book argues that in US literature, discourse on the themes of race and ecology is too narrowly focused on the twentieth century and does not adequately tak

A sweeping collection of observations and episodes penned by visitors to Louisiana from the sixteenth century to the 1990s, Louisiana Sojourns is—much like th

Representations of southern poor whites have long shifted between romanticization and demonization. At worst, poor southern whites are aligned with racism, bigo

Worlds beyond My Window

Artist, columnist, and poet Gertrude McCarty Smith (1923–2007) of Collins, Mississippi, carried herself as a demure and proper southern lady, yet this was dec

The Midwest has produced a robust literary heritage. Its authors have won half of the nation’s Nobel Prizes for Literature plus a significant number of Pulitz

Successfully navigate the rich world of travel narratives and identify fiction and nonfiction read-alikes with this detailed and expertly constructed guide.

For black Americans from the north, a crossing into the South has always been a meaningful transition, a journey weighted with the burdens of history and oppres