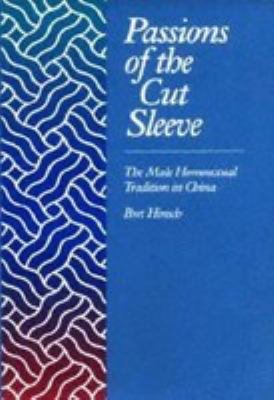 The first detailed treatment of the Chinese homosexual tradition in any Western language, Passions of the Cut Sleeve shatters preconceptions and stereotypes. Gone is the image of the sternly puritanical Confucian as sole representative of Chinese sexual practices—and with it the justification for the modern Chinese insistence that homosexuality is a recent import from the decadent West. Rediscovering the male homosexual tradition in China provides a startling new perspective on Chinese society and adds richly to our understanding of homosexuality. Bret Hinsch's reconstruction of the Chinese homosexual past reveals unexpected scenes. An emperor on his deathbed turns over the seals of the empire to a male beloved; two men marry each other with elaborate wedding rituals; parents sell their son into prostitution. The tradition portrays men from all levels of society—emperors, transvestite actors, rapists, elegant scholars, licentious monks, and even the nameless poor. Drawing from dynastic histories, erotic novels, popular Buddhist tracts, love poetry, legal cases, and joke books, Passions of the Cut Sleeve evokes the complex and fascinating male homosexual tradition in China from the Bronze Age until its decline in recent times.

Passions of the Cut Sleeve

The first detailed treatment of the Chinese homosexual tradition in any Western language, Passions of the Cut Sleeve shatters preconceptions and stereotypes. Go

The Rise of Tea Culture in China

This distinctive and enlightening book explores the development of tea drinking in China, using tea culture to explore the profound question of how Chinese have

This is the first book in English to analyse the stunning rise to prominence of cultures of dissident sexuality in Taiwan during the 1990s. Positioned at the cr

"A remarkable and sorely needed synthesis of the best of traditional historiographical documentation and critically astute analysis and contextualization. Carto

This three-volume set is a rich resource for readers in any discipline interested in understanding the global, regional, and domestic experiences of LGB people.

The Routledge Handbook of Translation, Feminism and Gender

The Routledge Handbook of Translation, Feminism and Gender provides a comprehensive, state-of-the-art overview of feminism and gender awareness in translation a

This groundbreaking three-volume reference traces the roots and development of lesbian, gay, bisexual, and transgender (LGBT) rights and issues in the United St

Myth of the Modern Homosexual

With careful reasoning supported by wide-ranging scholarship, this study exposes the fallacies of 'social constructionist' theories within lesbian and gay studi