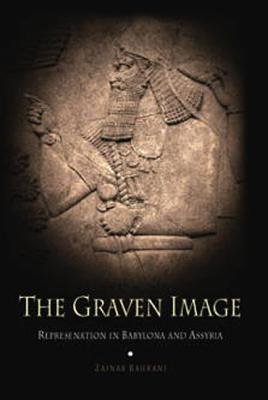 Mesopotamia, the world's earliest literate culture, developed a rich philosophical conception of representation in which the world was saturated with signs. Instead of imitating the natural world, representation—both in writing and in visual images—was thought to participate in the world and to have an effect upon it in natural, magical, and supernatural ways. The Graven Image is the first book to explore this tradition, which developed prior to, and apart from, the Greek understanding of representation. The classical Greek system, based on the notion of mimesis, or copy, is the one with which we are most familiar today. The Assyro-Babylonian ontology presented here by Zainab Bahrani opens up fresh avenues for thinking about the concept of representation in general, and her reading of the ancient Mesopotamian textual and visual record in its own ontological context develops an entirely new approach to understanding Babylonian and Assyrian arts in particular. The Graven Image describes, for the first time, rituals and wars involving images; the relationship of divination, the organic body, and representation; and the use of images as a substitute for the human form, integrating this ancient material into contemporary debates in critical theory. Bahrani challenges current methodologies in the study of Near Eastern archaeology and art history, introducing a new way to appreciate the unique contributions of Assyrian and Babylonian culture and their complex relationships to the past and present.

Mesopotamia, the world's earliest literate culture, developed a rich philosophical conception of representation in which the world was saturated with signs. Ins

Beyond The Graven Image

From the archetypical story of Abraham smashing his father's household idols to God's commandment at Mount Sinai that "You shall have no other gods before Me,"

The Englishman's Hebrew and Chaldee Concordance of the Old Testament

A Concordance to the Holy Scriptures ... In a More Exact and Useful Method Than Hath Hitherto Been Extant. By S. N. [i.e. Samuel Newman.]

Reprint of the original, first published in 1864. The Heavenly Mysteries contained in the Holy scriptures, or word of the lord, unfolded, in an exposition of ge

The Spiritual Diary of Emanuel Swedenborg

The spiritual diary of Emanuel Swedenborg, Tr. by G. Bush and J.H. Smithson (and J.F. Buss).