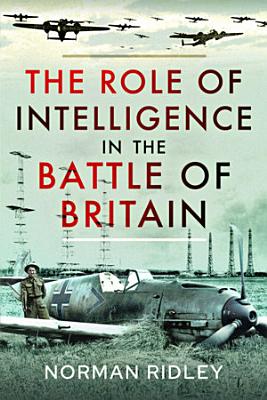 The Battle of Britain was fought between two airborne military elites and was a classic example of pure attack against pure defence. Though it was essentially a ‘war of attrition’, it was an engagement in which the gathering, assessment and reaction to intelligence played a significant role on both sides. In some respects, both the RAF and the Luftwaffe were hamstrung in their endeavours during the Battle of Britain by poor intelligence. The most egregious Luftwaffe blunder was its failure to appreciate the true nature of Fighter Command’s operational systems and consequently it made fundamental strategic errors when evaluating its plans to degrade them. This was compounded by the Luftwaffe’s Intelligence chief, Major Josef ‘Beppo’ Schmid, whose consistent underestimation of Fighter Command’s capabilities had a huge negative impact upon Reichsmarschall Göring’s decision-making at all stages of the conflict. Both the Luftwaffe and the RAF lacked detailed information about each other’s war production capacity. While the Luftwaffe did have the benefit of pre-war aerial surveillance data it had been unable to update it significantly since the declaration of war in September 1939. Fighter Command did have an distinct advantage through its radar surveillance systems, but this was, in the early stages of the conflict at least, less than totally reliable and it was often difficult to interpret the data coming through due to the inexperience of many of its operators. Another promising source of intelligence was the interception of Luftwaffe communications. It is clear that the Luftwaffe was unable to use intelligence as a ‘force multiplier’, by concentrating resources effectively, and actually fell into a negative spiral where poor intelligence acted as a ‘force diluter’, thus wasting resources in strategically questionable areas. The British, despite being essentially unable to predict enemy intentions, did have the means, however imperfect, to respond quickly and effectively to each new strategic initiative rolled out by the Luftwaffe. The result of three years intensive research, in this book the author analyses the way in which both the British and German Intelligence services played a part in the Battle of Britain, thereby attempting to throw light on an aspect of the battle that has been hitherto underexposed to scrutiny.

The Role of Intelligence in the Battle of Britain

The Battle of Britain was fought between two airborne military elites and was a classic example of pure attack against pure defence. Though it was essentially a

The Role of Intelligence in the Battle of Britain

The Battle of Britain was fought between two airborne military elites and was a classic example of pure attack against pure defence. Though it was essentially a

Seventy-five years after the Battle of Britain, the Few's role in preventing invasion continues to enjoy a revered place in popular memory. The Air Ministry wer

A NEW YORK TIMES BESTSELLER SHORTLISTED FOR THE GILDER LEHRMAN PRIZE FOR MILITARY HISTORY 'A masterpiece. It puts all previous single-volume works of the confli

The Battle of Britain has held an enchanted place in British popular history and memory throughout the modern era. Its transition from history to heritage since

The Encyclopedia of War, 5 Volume Set

This ground-breaking 5-volume reference is a comprehensive print and electronic resource covering the history of warfare from ancient times to the present day,

Haig's Intelligence confronts a perennial question about the British on the Western Front: why did they think they were winning?

How the Spitfire Won the Battle of Britain

Finally lays to rest the myth that the Hurricane won the Battle of Britain rather than the numerically inferior, yet more glamorous, Spitfire.

War and Displacement in the Twentieth Century

Human displacement has always been a consequence of war, written into the myths and histories of centuries of warfare. However, the global conflicts of the twen