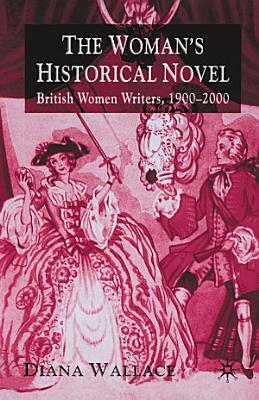 The historical novel has been one of the most important forms of women's reading and writing in the twentieth century, yet it has been consistently under-rated and critically neglected. In the first major study of British women writers' use of the genre, Diana Wallace tracks its development across the century. She combines a comprehensive survey with detailed readings of key writers, including Naomi Mitchison, Georgette Heyer, Sylvia Townsend Warner, Margaret Irwin, Jean Plaidy, Mary Renault, Philippa Gregory and Pat Barker.

The historical novel has been one of the most important forms of women's reading and writing in the twentieth century, yet it has been consistently under-rated

Revolution and the Historical Novel

This book is an account of the ways the promise and threat of political revolution has informed historical novels from Walter Scott to the near present. Buildin

The Historical Novel, Transnationalism, and the Postmodern Era

This volume explores the genre of the historical novel and the variety of ways in which writers choose to represent the past. How does an author’s nationality

This collection examines the intersection of historical recollection, strategies of representation, and reading practices in historical fiction from the eightee

This period witnessed the first full flowering of women's writing in Britain. This illuminating volume features leading scholars who draw upon the last 25 years

The historical novel is an enduringly popular genre that raises crucial questions about key literary concepts, fact and fiction, identity, history, reading, and

English Fiction in the 1930s

This study approaches the fiction of the 1930s through critical debates about genre, language and history, setting these in their original context, and discussi

This volume explores African American historical fiction written by women in the last four decades of the twentieth century. Nunes' approach to the texts aims a